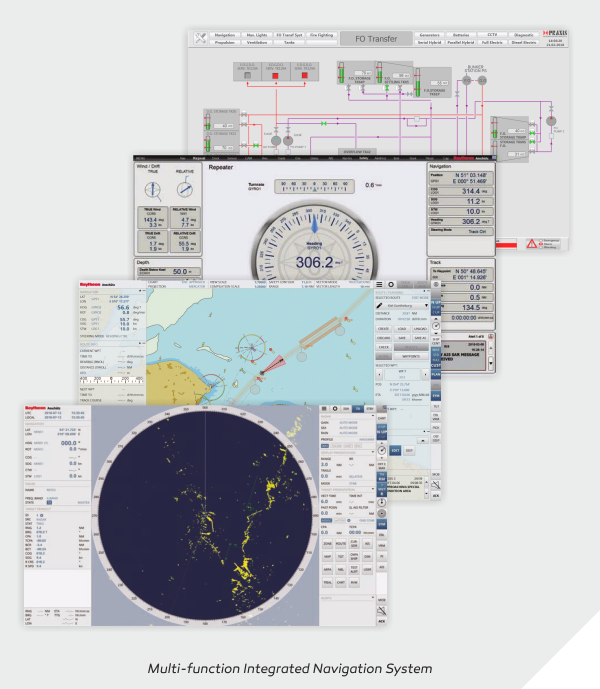 On each Operator Workstation the following functions are available:

Mega-Guard INS can be easily extended with the following independent Mega-Guard navigation products:

The Mega-Guard Heading Control System includes an independent Steering Control System as well. Additional functions such as control of horn, searchlight, anchor and others can be implemented with Navigation Operator Panels.

In addition, Mega-Guard INS can also be integrated with  Mega-Guard automation and electric propulsion products:

A typical Mega-Guard INS is built-up with the following main components:

A redundant Ethernet network inter-connects all components. Mega-Guard INS is in most cases extended with a Mega-Guard Heading Control System and Mega-Guard Vessel Management System as a minimum. Mega-Guard INS supports optionally Track Control and/or Cruise Control modes. In addition, CAM functionality in compliance with IMO can be added for an uniform presentation and handling of alarm and alerts.

The INS Integrated Navigation System is applied in all type of ships. Four market segments are distinguished:

INS Workstations and Operator Panels for mega yachts are delivered with highly esthetic glass fronts and for commercial ships a metal front with integrated pushbuttons is applied. Navy ships require a more robust INS with higher shock and vibration resistance. In addition, navy ships may require added functionality such as WECDIS.

Workstations can be operated with touchscreen. In addition to this two types of input devices are available: a Trackpad and Trackball Operator Panel. The Trackpad Panel offers a large trackpad for accurate and easy selection of the required function on the Workstation. The Trackball Panel is equipped with a trackball
for function selection and a keypad is also integrated in this panel. 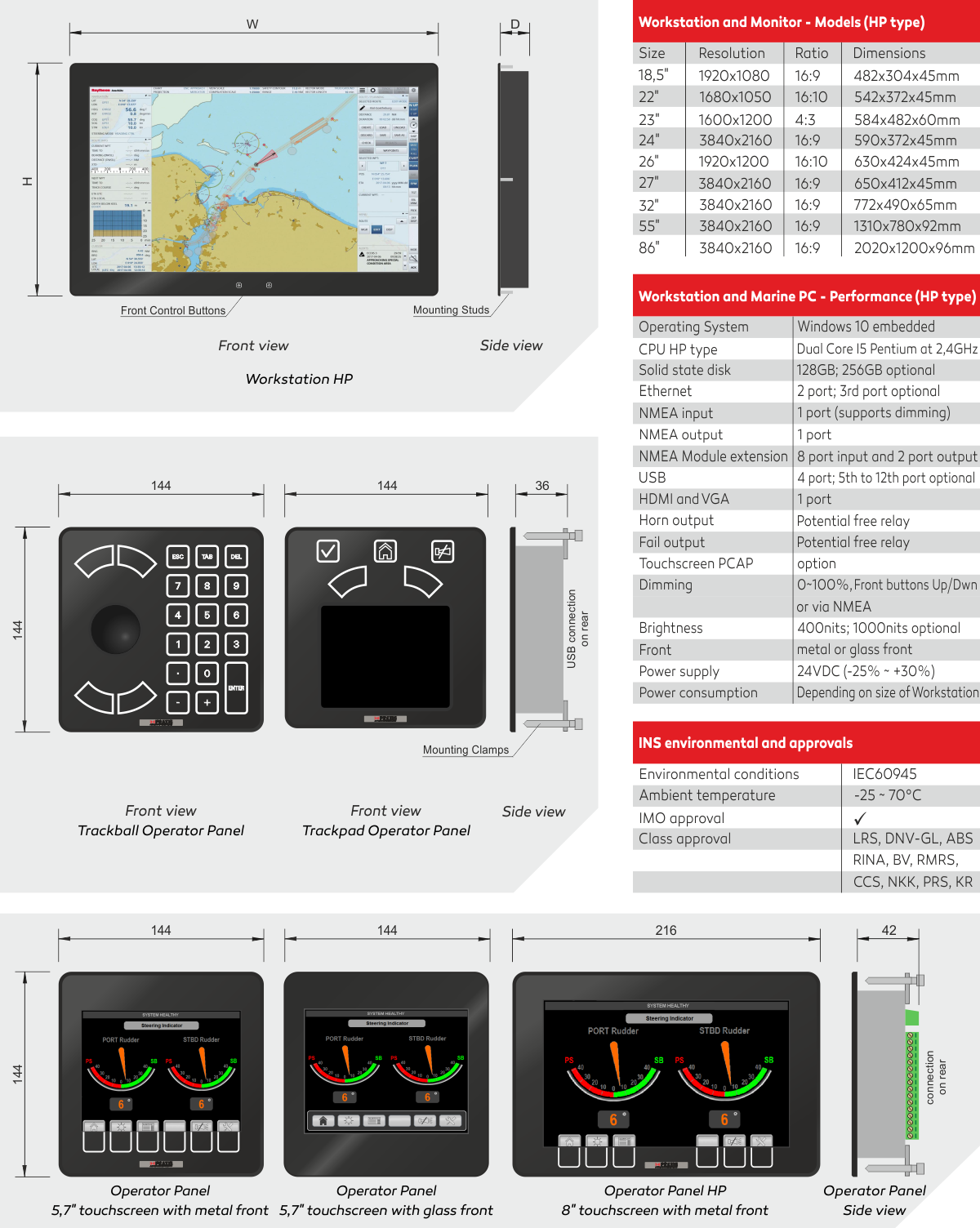 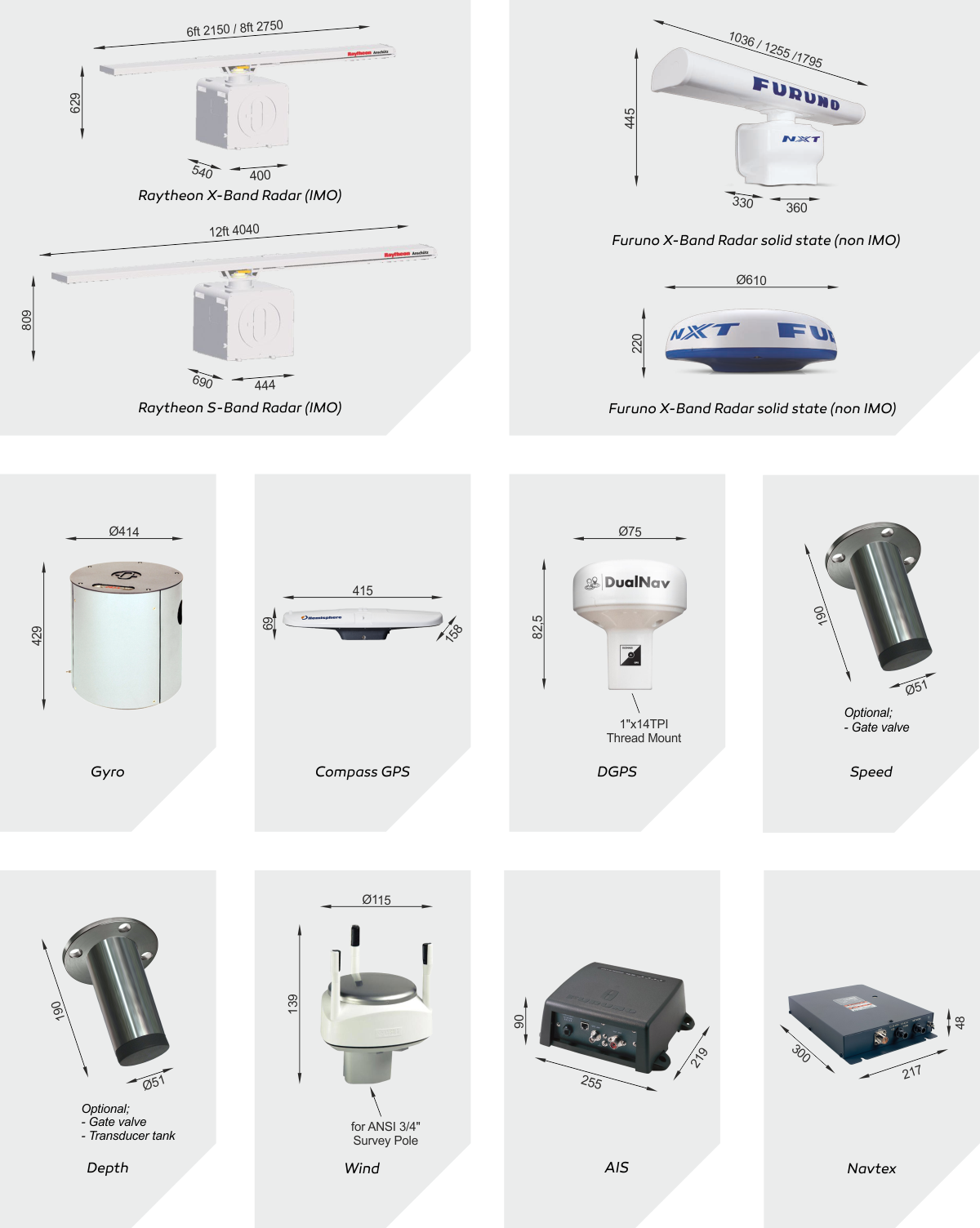